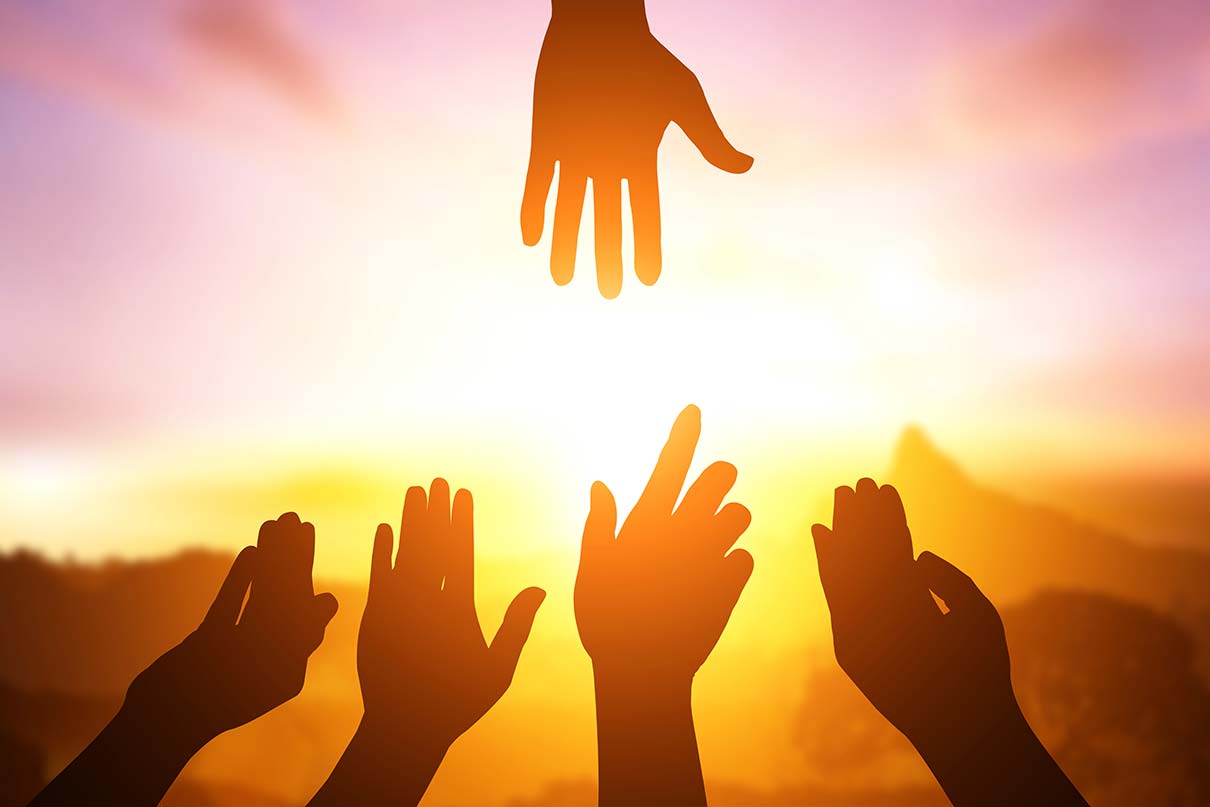 Why Being a “People Pleaser” Means You Are a Survivor

It’s tough going through life as a “people pleaser.” Let’s take a look at this case study to better understand why.

John was a successful 28-year-old software engineer.  He explained that he lives his life through the eyes of others instead of his own.  He was acutely aware of how other people might perceive him and adjusted his behavior, speech, everything to try to please them.

In his life, John had learned to funnel his understanding of himself through the imagined eyes of other people.  He was left with only brief moments of relief that came from meeting someone else’s standard for approval.

More typically, however, John felt a nagging sense of emptiness.  In contrast to how bereft John felt on the inside, he appeared extremely put together from the outside:  handsome, articulate, well-dressed, etc. The gap between how he seemed versus how he felt had left him extremely alone with these feelings.

Many others couldn’t believe that he was anything but happy.  John knew that he wanted to make his own decisions and not worry so much about the impact on other people.  He had no idea how to do this and feel connected to other people.

John lived a double-life: appearing to have it all together on the outside while feeling helpless to manage the emotional void within. 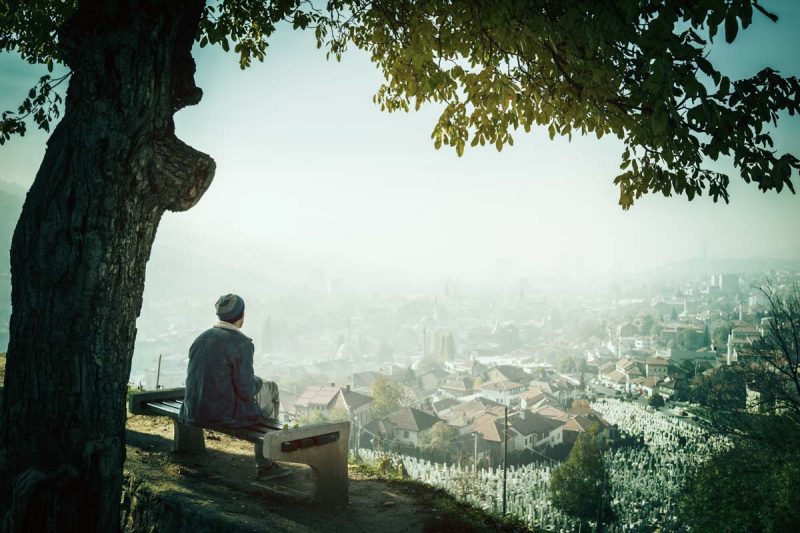 The deeper experience of being a “people pleaser”

On the face of it, John might be called a “people pleaser” – someone who doesn’t have the will or self-confidence to assert his perspective when it conflicts with someone else’s.  I think this understanding of “people pleaser” is inaccurate at best and harmful at worst.

John feels terrified to do anything but meet the needs of others.  Given the choice between terror and an uncomfortable survival, most people will choose the latter.  It needlessly adds to one’s suffering to label this survival strategy as though it’s a character defect.

Similarly, well-meaning exhortations to just “assert yourself” and “get comfortable saying ‘No’” miss the boat.

A more reasonable question to ask is: what experiences led John to feel that the only way to be connected to others is to be of service to them? 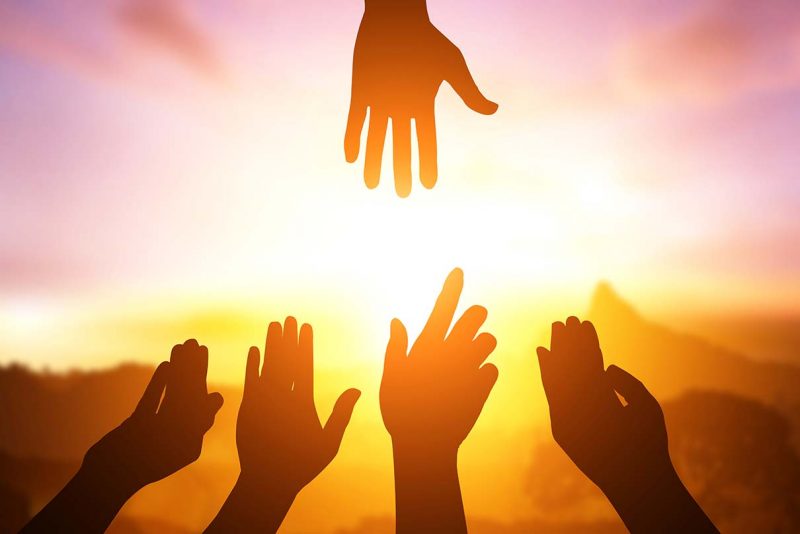 The roots of needing to please others: self-absorbed caregivers

Children of self-absorbed parents often learn it is necessary to please others.  John’s mother was unable to see him as a separate individual who was entitled to his own point of view.  She assumed that he wanted what she wanted and would impose upon him accordingly.  John recalled countless instances where his expression of himself resulted in his mother’s harsh yelling at him for “putting her down” or “being inconsiderate”.

When John was five years old at McDonald’s, his mother ordered him to throw away everyone’s trash at the table.  Upon returning to the table he said “I can’t wait til I’m an adult and I can boss people around”.

To this, his mother’s brow sharpened, her eyes squinted, and she spewed in a hateful tone: “don’t you ever say that I boss you around.  Do you have any idea or even appreciate how much I do for you?”

John recalled feeling like the ground had swallowed him up in that moment – the true marking of a traumatic experience of shame.  In addition to feeling so much shame in that moment, he received the message that standing up for himself hurts his mother.  He became deeply aware of how easily she could be wounded and grew to feel overly responsible for her feelings.  Experiences like this are what has led John to experience terror and/or extreme guilt at the prospect of doing anything but going along with what others want.

Why did John’s mother’s self-absorption have such an impact on how he lives his life today?  As small kids, we are entirely dependent on our adult caregivers’ willingness to take care of us.  It’s the only way to survive as small creatures in a big, dangerous world.  When kids act in ways that seem to threaten their caregiver’s willingness to love and protect and them, kids develop theories to keep both parties safe.

In John’s example, he learned that protesting his mother’s condescending treatment of him resulted in her feeling wounded and him getting angrily rejected.  He developed a theory that turned into a belief: “I must protect the feelings of others at all times.”  This belief kept away the danger of his mother feeling wounded by his individuality and consequently withdrawing her love from him.

The downside was that John had to sacrifice – even abandon – his own point of view.  He proceeded to grow up forbidding himself to know what he thought or felt out of fear that it would damage relationships with others.  Beliefs that develop in relationship to one’s caregivers tend to be felt very deeply and last for quite some time.  So, it was no wonder that John came to therapy valiantly struggling to disprove it. 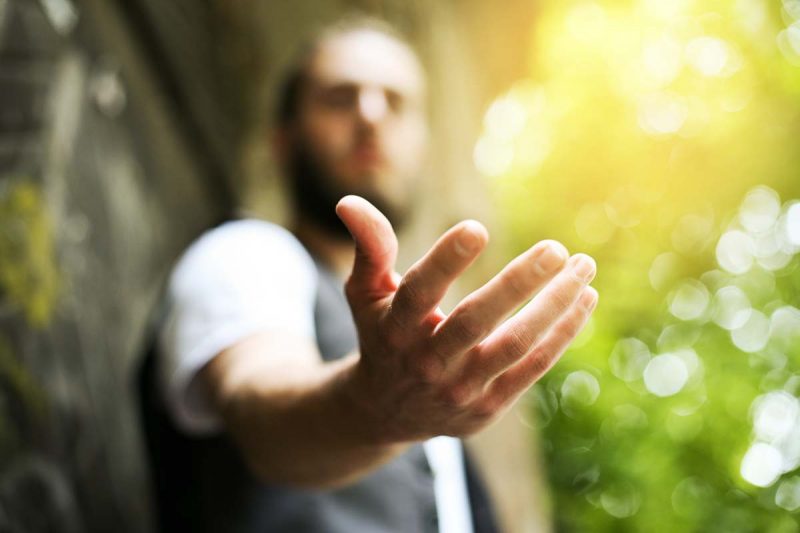 What it feels like to live as “people pleaser”

John’s grim belief made every moment of his life a challenge.  He described interactions with other people as fraught with anxiety because he calibrated his responses based solely on what he thought they wanted to hear.  He felt like he was always on the verge of making a misstep and hurting them by not saying the “right thing at the right time”.  He experienced high levels of tension in his body.

When he was in public settings, he would have a vague sense of danger and could quickly imagine catastrophic events breaking out that would put him in danger – from terrorist acts to physical confrontations with every person he crossed on the street.  In meetings at his job he found eye contact to be particularly challenging.

The only way he knew how to feel safe was to present an affirming nodding posture towards the person speaking and when he averted his eyes he had a creeping feeling that the speaker would feel insulted at his neglect – an exhausting process.  His relationships tended to be short-lived except for one woman who treated him well at times but poorly – and unpredictably so – at other times. 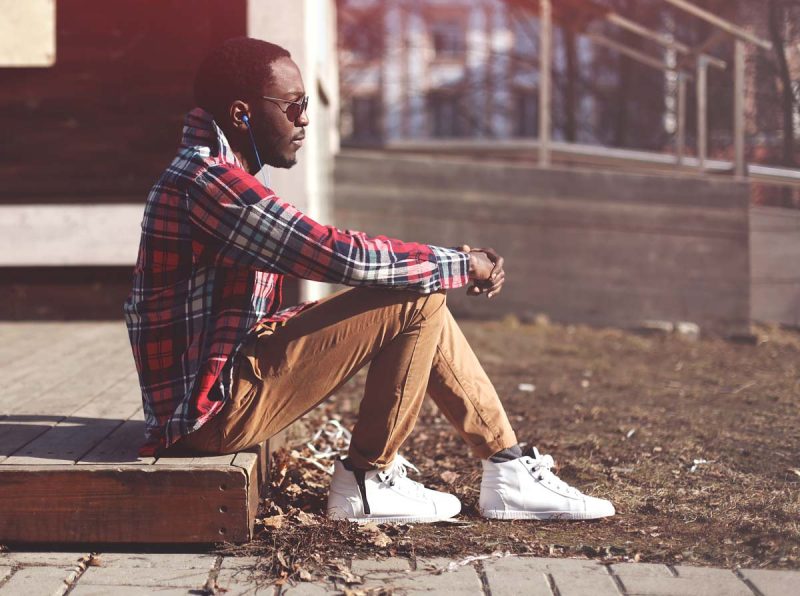 Therapy to restore a sense of one’s own self

John came to therapy frustrated with himself.  He hated how impossible it felt to assert himself when it conflicted with what others’ wanted.  As much as I understood the pain of this repeated assault on his dignity, I saw a deep resilience in his ability to cope with such a difficult parent.  He essentially made do with very little and had achieved quite a bit in spite of it all.  Even though he could not feel a sense of ownership in these achievements yet, I was confident that he would by the end of our work.

Over time, John developed a deep sense of understanding and empathy towards himself and the conditions under which he learned to please others.  At the same time, John would begin to test whether it might be safe to finally address his own needs at the expense of someone else’s.  After arriving punctually for the first few months, John began arriving progressively later.  I made no mention of this and he grew more comfortable and vitalized in our sessions.  He may have been reassured that unlike his mother – my self-esteem was not dependent upon him doing my bidding.

John would also begin to disagree with some of the ways I was understanding things he told me in session.  I would make it a point to be curious about why he disagreed and adjust my understanding so that it fit his.  I thought of these subtle actions in therapy as tests to see if it was safe for him to put his needs first.  As he learned that I could tolerate his self-expression, he began to practice doing this outside of therapy too.

Over time, he grew to feel more entitled to his own experience even when it did not go along with what he thought the other person wanted.  That is, once John found an experience of feeling safe while asserting himself, he began to recover his sense of himself and live a life in which he was the author.

“People-pleasing” only gets adopted when people have not had the interpersonal experience of feeling safe to disagree with others.  As such, “people pleasing” is not a character trait or defect but a measure of how safe it was to assert oneself in relationship to early caregivers. 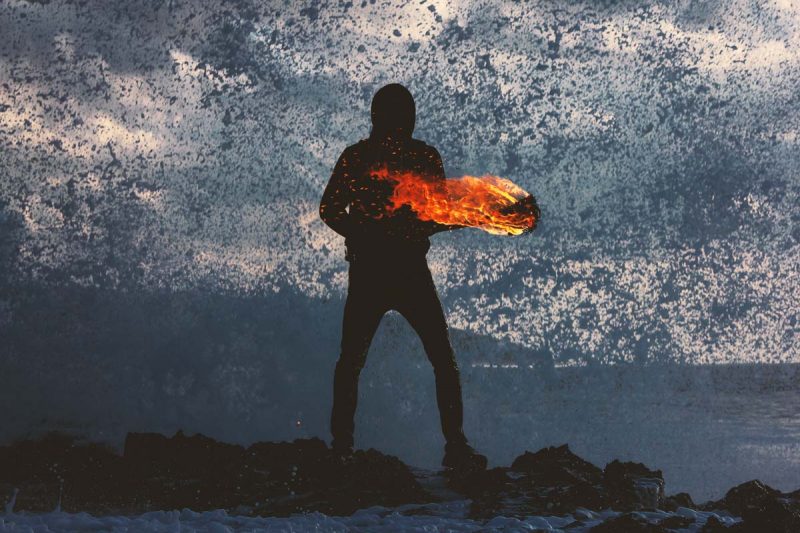 According to Jay, “I build safe, warm and trusting working relationships with my clients. This may sound simple, but it allows you to productively explore your feelings and thoughts. Together, we will understand your life’s story and figure out what’s preventing you from writing the next chapter in the way you truly want.”