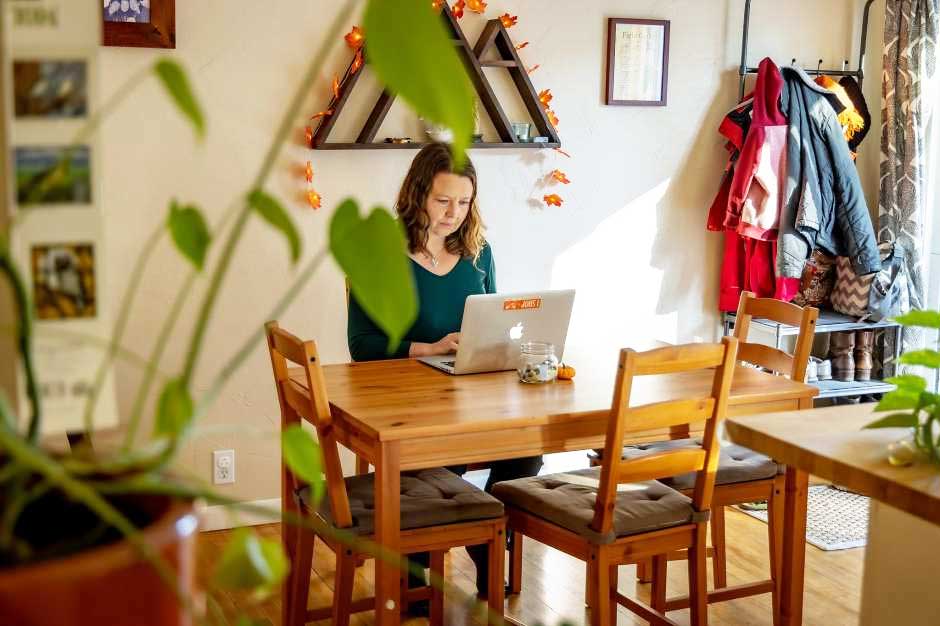 Maya Johansson, CEO and co-founder of Well Clinic, was recently featured in the below SF Chronicle article.

The year of no vacation: Take time off during a pandemic? Workers say, ‘Why bother?’

Most years, Zelia Padilha tries to take one big vacation, a trip she can plan for and look forward to. This year, the destination was going to be Italy.

“For a brief period of time, we even considered going.” She laughs a little as she says it. That was early on in the pandemic, before anybody understood the sort of year that lay ahead.

She and her husband moved to Oakland from Brazil a year ago, and they also hoped to get out, see the country. Instead, she canceled all those plans and has spent the year becoming a “terrible workaholic.” Never mind vacations, now Padilha — like many others working from home — struggles to take any time off at all.

For a considerable chunk of the workforce, 2020 is turning into the year with no vacation. According to one survey by the Robert Half Staffing agency, more than a third of American workers are more burned out this year than last. Another survey, by the same firm, found 7 in 10 remote workers aren’t taking weekends off and are letting workdays bleed well beyond 8 hours. At least a third of respondents said they were planning to take less time off this year than in 2019.

Padilha likes her job at a branding agency. She’s thankful for it. And it’s nice to have something to keep her mind off “the whole world burning.”

There are lots of stories like Padilha’s. Albert Flor and his family didn’t have any big travel plans for 2020, but they did have a trip to Southern California scheduled for the end of March. His oldest child is a senior in high school. They were going to check out some colleges and hit Legoland.

Instead Flor, a lawyer, started working from his Oakland home on March 3. Since then, he said, he’s taken a total of two weekday afternoons off. There’s not much point in taking time off during a pandemic.

“I just wonder what I would do, and what is permissible,” he said. “If we were to go somewhere, I’m not comfortable eating at a restaurant. And then a lot of the wandering around, a lot of the joy of that is kind of taken away.”

“I had all kinds of things planned,” said Heather Christenson, a digital librarian who lives in Berkeley with her two children. “2020 was going to be my year.” Instead, her schedule was completely upended. Not only was her job as in demand as ever — with libraries closed, people were desperate for digital resources — but her day was full of new tasks, like waiting hours in a long line of cars to pick up textbooks for her kids outside the high school. Then it was home to make dinner and back to work. “Maybe I get to take a walk outside or something if there was no (wildfire) smoke.”

The Bay Area’s tech industry was one the first to move the workplace to the home, even before the March 17 shelter-in-place order. Now, many companies say they expect employees to work from home until at least June. And they want to make sure that workers don’t burn out. Facebook “closed” this week. Salesforce and Google have designated new days off, as well as no-meeting days and weeks, respectively.

At Padilha’s branding agency, workers have started doing “creative interventions.” Maybe take an hour to paint something and bring it back to the group. Tell a story about an object. Take a moment to shoot a photo.

Maya Johansson, CEO of Well Clinic, a mental health care provider, hears it all the time — from clients, from friends — and she’s noticed it happening with her clinicians.

“People haven’t used their time off this year in the way that they should,” she said. That’s a problem. “I think there’s a huge benefit in just disconnecting mentally, and I think it’s not happening as much as it needs to be. Everybody’s mental health is suffering.”

She understands all the reasons — the added responsibilities, the strapped finances, the ease with which a person’s home can become a constant workplace. Still, she said, time off doesn’t have to be reserved for something big or momentous.

“We get attached to the idea of novelty,” Johansson said.

Instead, it can be as easy as taking a day to read or sit in a park or go for a hike. It’s especially important in a year like 2020.

She paused for a moment when she started to talk about her own time off — “I have tried,” she said. “I am a solo parent of a 3-year-old … even a vacation is not really a vacation.”

This holiday weekend, though, she’s taking off from work and keeping her usual child care. And she’s going to do exactly the sort of thing she’s been encouraging others to do. Read, hike, maybe see a friend from a distance.

“Time to do things like that,” she acknowledged, “isn’t really accessible to me.” 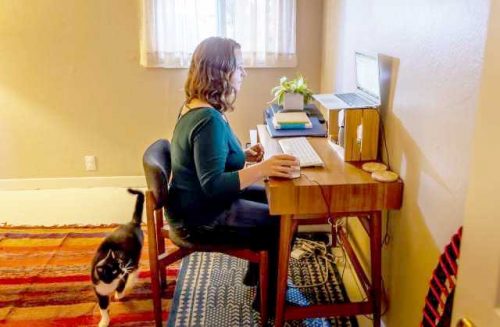 Small acts can begin to add up. Emily Hurley, who works in communications from her San Jose home, said that at first, “the strain of just being home and not having anything to look forward to was just a huge mental drain.” But she’s learned to find some peace in a nap, a workout, a trip to Starbucks.

“It’s still important to me to try to do anything small,” she said.

At the end of the workday, she shuts her laptop and lights some candles, a simple reminder she’s not at work anymore.

Christenson, the digital librarian, is also looking to the small things, “trying to cultivate an awareness” of the world around her as a way to ground herself.

“I’m trying to memorize where the stars are or understand what kind of trees are around my house or watch the animals.”

Meanwhile, Padilha found her calm in other people’s homes. During the summer, she and her husband rented a few places through Airbnb near their place in Oakland — neither of them drive. Her favorite was the house in Los Altos with an infinity pool that looked out onto the woods. It felt “so away from the city,” she said. “I would be in the pool and there would be deer passing by.”

When she read the reviews, there was only one consistent complaint: the spotty Wi-Fi signal. Padilha was more than OK with that.