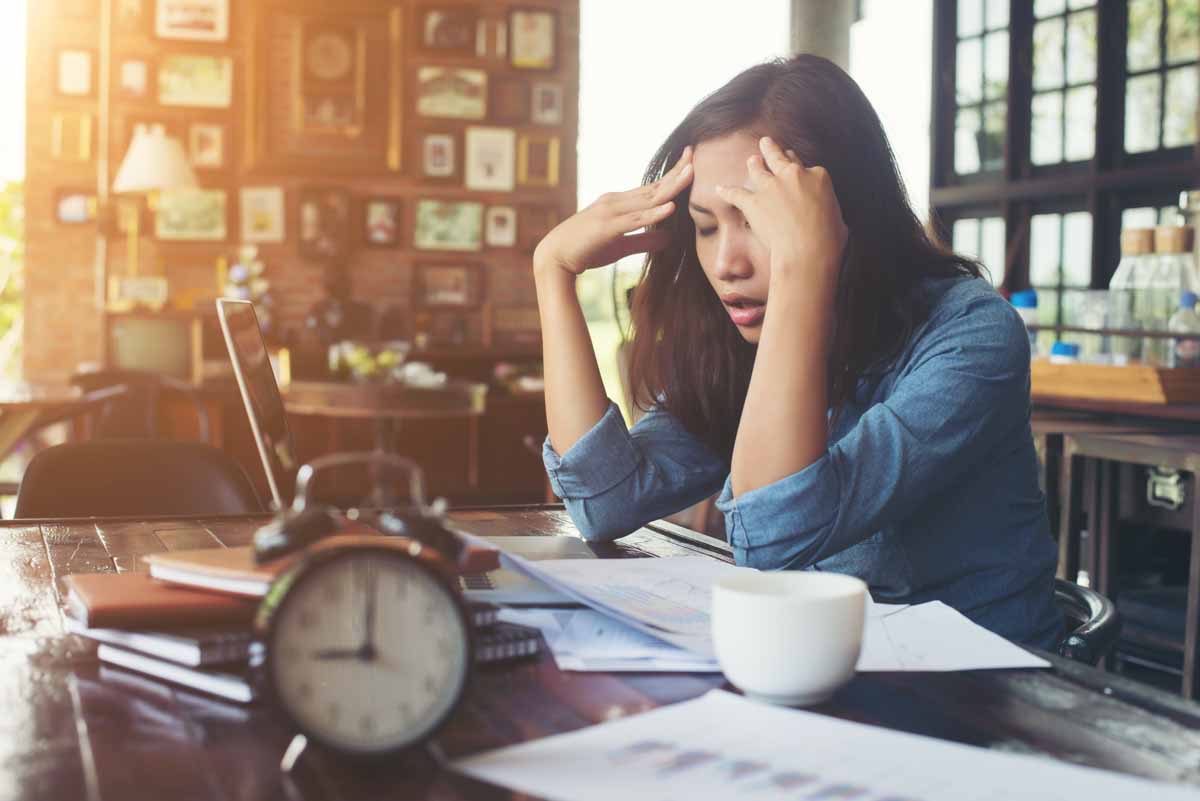 Chronic Pain: When the Body Cries

Since ancient times, the definition of pain has been associated with a physical ailment in the body.

More recently, science has begun to give attention to other types of pain that go beyond this current understanding. That is, pain that is very real but cannot be distinguished from a disease state – at least by current medical diagnostic technology. This is a concept that is evolving and being redefined.

Despite medical science’s current efforts to better understand this “mind and body” connection, old ideas still persist. Many people still act as if pain is only understandable in terms of a physical cause. For example, doctors may refuse further treatment for a patient who is in pain but without an identifiable physical cause.

It can be incredibly frustrating for both patient and physician. Chronic pain is different from other medical problems and cannot be treated with relative ease. Chronic pain is a complex disease, caused and maintained by a combination of physical, psychological and neurological factors.

Fortunately, with continued research and investigation, there are new treatment modalities and hope for patients with chronic pain, whether or not a cause is identified. This has taken form as a multidisciplinary approach. 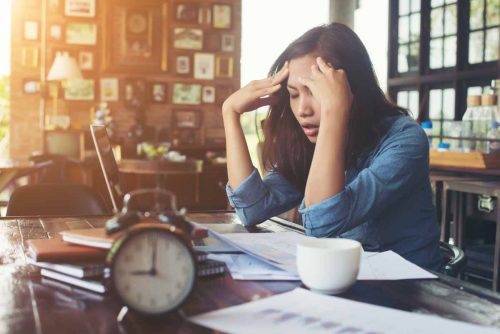 Dissociation occurs when anxiety becomes so overwhelming that certain aspects of personality become dissociated or divided from one another. The manifestations of dissociation serve to protect the individual from the conflict that produces anxiety. Dissociation is a mechanism of psychological protection from fear and anxiety.

Dissociation may also appear somatically. One common dissociative phenomenon is a distortion of the body’s proprioceptive consciousness. It is usually associated with the injured part or region of the body and is commonly unilateral. Vague pain is the most common symptom. Vague pain tends not to be well localized in the body but instead is commonly felt as diffuse and poorly defined.

A patient with vague pain usually finds it difficult to describe the reported sensations, which are typically interpreted as “non-physiological in nature.” It is common for patients suffering from chronic pain to feel numbness, pain with touch, vibratory sensation and loss of strength.

The Symptoms of Pain

Some patients report fatigue, shortness of breath, heart palpitations, dizziness and strong headaches, with pain moving through different parts of the body. Back pain is a very common form of chronic pain, as when nothing is found through an MRI.

Through the 19th century, these patients, almost always women, were diagnosed as suffering from conversion hysteria. Within this concept came the “hysteria” term, which women were stigmatized with. Today, most medical professionals have dropped the use of that term, in favor of somatization disorder. A rheumatologist may also use the diagnostic term “fibromyalgia.”

According to the American Chronic Pain Association, of diagnosed fibromyalgia cases, 90% are women. Surprisingly, despite awareness of the diagnosis for over a century, the cause of these symptoms is still poorly understood. There is no diagnostic test. What is known is that nervous system activity conveys the sensation of pain, and some medications can abate symptoms, but with side effects.

Several studies have found chronic pain to be linked to psychological trauma. The brain starts to memorize pain, sending false signals to the body in manifestation of unresolved or untreated psychological pain.

Pain can be considered as protection against anxiety or fear. Anxiety is converted into symptoms, presenting as sensory or motor neurological symptoms.

For people with past trauma, it is common for new trauma to precipitate pain symptoms. In a study conducted between 1995 and 1997 by CDC-Kaiser Permanente called Adverse Childhood Experiences (ACE), researchers analyzed the effects of child abuse, neglect, health and wellbeing in adulthood.

The findings of the study repeatedly reveal that trauma and stress in childhood increase the likelihood of health problems later in life. Specific stress factors in childhood were associated with a higher risk of disease and chronic pain, and a higher mortality rate, These factors include abuse, neglect, poverty, and difficult childhood experiences.

To complete the self-assessment form of the ACE study, click here. 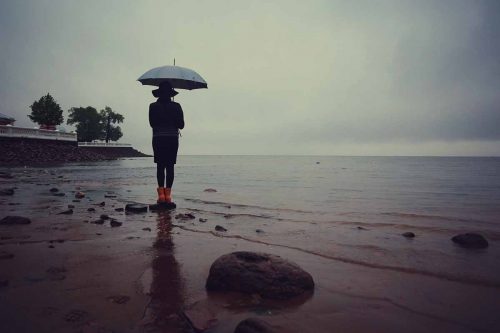 Pain can be a somatic dissociative manifestation created at the time of trauma. The symptoms of post-traumatic stress disorder form a spiral process that trigger the most primitive biological mechanisms that are part of our evolutionary heritage. The reaction of the body to survive a threat is to escape, fight or freeze. When the escape or fight responses are prevented, the image of the event is frozen, creating a negative association in the brain.

Responses to fighting, running away or freezing in the face of a threat are an essential part of the survival of species. These are protection features, triggered by a threat. After the danger has passed, biological and psychological processes undo the effect of such experiences.

After repeated traumatic experiences, these mechanisms sometimes do not reverse themselves, thus giving rise to pathological reactions in forms of pain. Traumatic symptoms are not caused by the triggering event itself. These memories remains trapped in the nervous system where they can cause bodily and emotional damage.

Your first step is to find a therapist who has experience in the area of trauma and pain. Your therapist can help you learn to identify pain as an overreaction of the nervous system. This will free you up to enjoy life and connect with those around you, while living with the negative effects of an invisible pain.

Repeated studies show that by using EMDR therapy clients can experience the benefits of psychotherapy that once took years to make a difference. It is widely assumed that severe emotional pain requires a long time to heal. EMDR therapy shows that the mind can in fact heal from psychological trauma much as the body recovers from physical trauma (Shapiro, 2001). With the discovery of the neuroplasticity of the brain, we know that the brain is able to reconstruct and create new healing pathways towards self-recovery.

One of the central elements of EMDR is a desensitization procedure in which the patient is asked to focus on the negative thoughts and sensations associated with the problem while undergoing problem (in this case, pain). This treatment is conducted in eight phases, and can take several sessions. Sometimes two sessions are enough to resolve one traumatic memory, depending on the complexity of the trauma and how client responds to treatments. When successful, there is change in the level of distress associated with the problem, and the client feels that the original problem is no longer disturbing.

In the therapeutic work with chronic pain, it is fundamental to map the traumatic situations looking for the original trauma that contains the dissociative memories of pain. There are usually multiple traumas that must be separated and worked individually.

For more information and studies of EMDR and pain, please click here or see the below references. 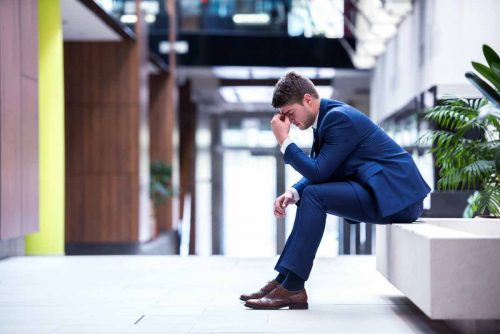 GRANT, Mark (1999). A Multi-Modal Approach Based on EMDR. Retrieved from http://www.overcomingpain.com/multi.html

Karine Bertram is an Associate Marriage & Family Therapist at Well Clinic who specializes in EMDR Therapy. Her goal is to help you fall in love with life again and free you from anything standing in your way.

LEARN MORE AND BOOK A SESSION