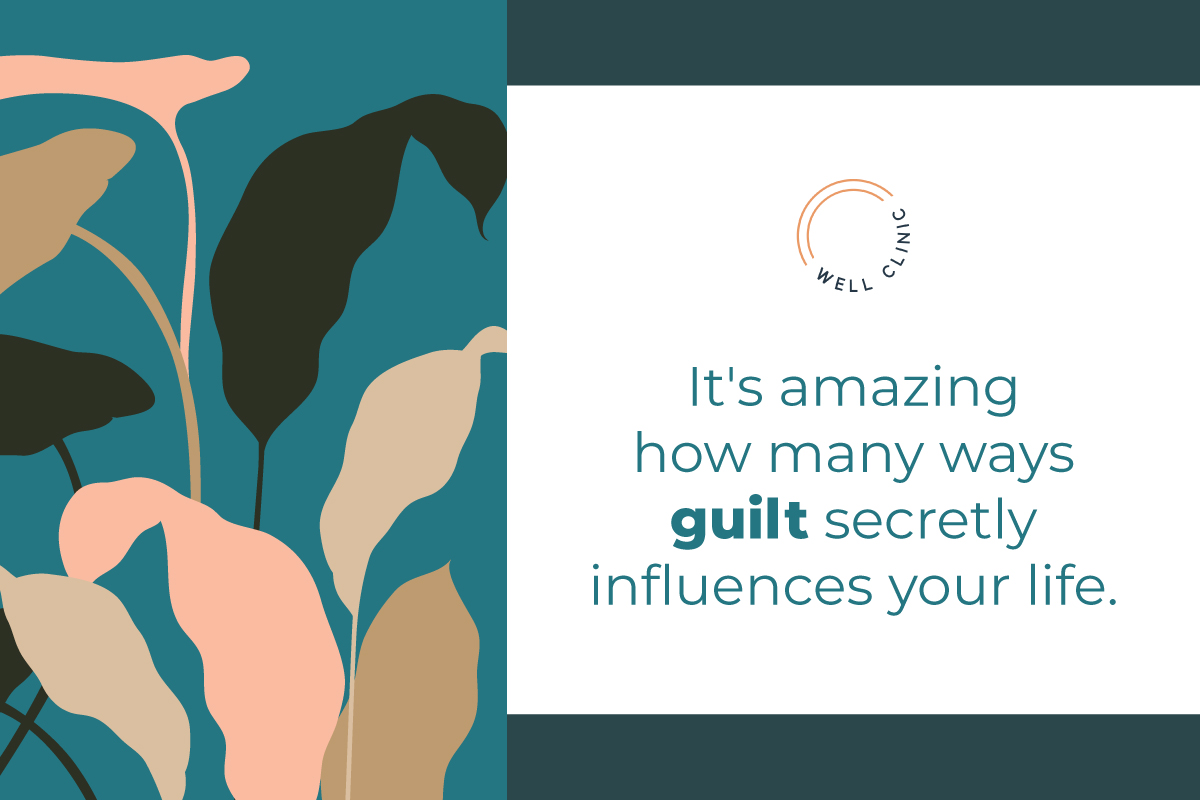 The Hidden Influence of Guilt in Your Life

Put aside your preconceived notions of what “guilt” is, and ask yourself these three questions …

If you answered “yes” to any of the questions above, you may have learned that people who matter to you are vulnerable to feeling outdone, burdened or abandoned.

As a result, you may experience searing guilt when you risk doing things that could incite the feared reaction from the other person.

Below are a couple of examples of how this type of guilt can interfere with your work and relationships: 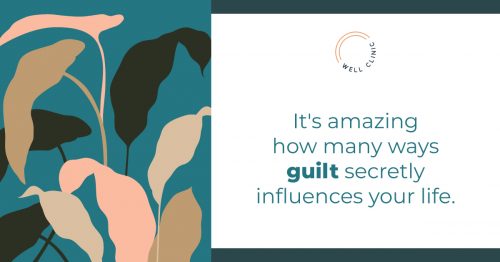 Staying out of the spotlight

John is a software engineer who writes great code and quickly solves problems at his job. He feels at-ease and assertive with his friends but finds it very difficult to speak up in meetings at work. He’s not worried about appearing unintelligent; on the contrary he’s worried that he’ll appear to too intelligent. John fears that demonstrating his competence will arouse the envy of his colleagues or make them feel bad about themselves.

As a result, he blames himself harshly whenever he accidentally makes a thoughtful comment in a meeting. Unfortunately, this cycle of shrinking away from his capacities has elicited negative feedback from his superiors at work. He has been passed up for promotion for the past two years and advised to be more assertive in meetings.

Why does John struggle with with demonstrating his competence? His father was a successful executive who was physically and emotionally absent from the home. Meanwhile, his mother was prone to bouts of depression and complained to John about his father’s lack of emotional availability. John became acutely aware – even traumatized by – how easily his mother could feel neglected or abandoned. He decided never to do this to her too!

When kids make these kinds of decisions to protect a parent, they often end up sacrificing their own development. In John’s case, he would forgo his own needs for autonomy so that his mother would not feel more hurt. He wouldn’t go out and play basketball with other when he was in grade school. In high school, he would make up reasons to come home early from parties so that he could reassure his mother with his presence in the home.

John made these tradeoffs over and over, leaving him with the belief that if he feels good, effective, or competent then it will come at the expense of someone else’s happiness. In his life today, John retreats from doing things that would have meant outdoing or abandoning his mother.

“Don’t worry about me”

Jessica is a sales account manager at a digital advertising firm in the city. She works extremely hard to meet other’s needs in her job, her friendships and her relationship. She keeps up with all the important goings-on in her friends’ lives. She is always planning new outings to attend with her boyfriend. At work, she takes on all tasks and works diligently until they’re completed. Despite all of Jessica’s success in making others happy, she experiences a deep sense of emptiness and despair. She never feels like she has done enough for others.

Jessica feels alone because she fears that if she shares her own experience it will be experienced as a burden by other people. She was raised as one of three children to a mother who worked as a nurse. Her father left the family when she was three years old. Jessica was always aware of how hard it was for her mother to work at her job and take care of her and her siblings.

When she or her siblings made minor mistakes (e.g. forgetting a permission slip for a field trip, forgetting to take the trash out) her mother would start to cry and sullenly retire to her bedroom for hours. Seeing her mother feel so overwhelmed was heartbreaking for Jessica. She made a commitment to avoid burdening others by prioritizing their needs over her own.

Jessica experiences guilt when she thinks she has troubled someone else with her own emotional needs. Despite feeling so empty inside, she’s very reluctant to share this with her boyfriend. One night he asked her what was wrong – telling her that she seemed quieter than usual – and she managed to tell him that she just feels empty much of the time.

He responded with sensitivity and understanding. However, the next morning, she woke up with an excruciating feeling of blame towards herself for burdening him with her problems. She expected him to leave her after seeing how much caretaking she needed.

Jessica is in a dilemma because she wants to share her real inner experience with her boyfriend so that she can feel better and closer to him. On the other hand, she punishes herself harshly whenever she does seek his support. She carries with her the belief that her boyfriend is built similarly to her mother – both seem at risk of collapsing under the weight of her needs. 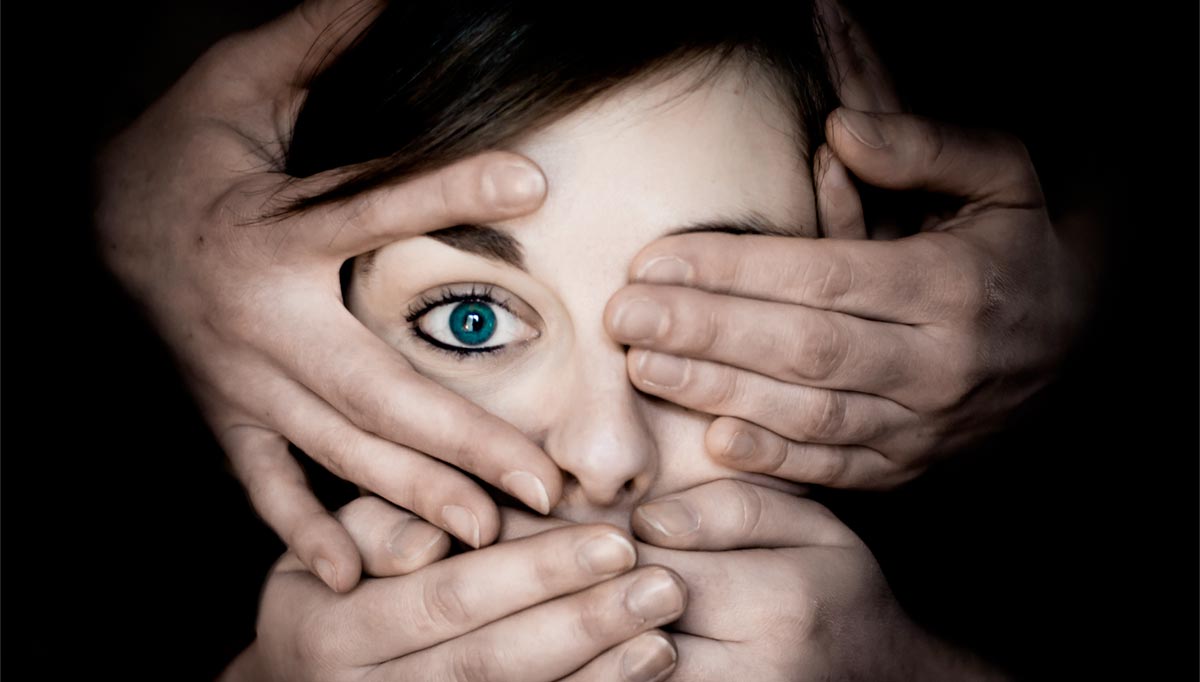 John and Jessica both feel unconsciously guilty if they act in ways that would have threatened their parents’ feelings of well-being. Kids are very concerned with how their parents feel about themselves.

Hopefully, kids needn’t worry because their parents have enough self-confidence, stability of mood, and emotional resources.  In some cases, the parent’s self-worth or even self-cohesion become a problem the child feels compelled to solve.

When this happens, some bad lessons can get under the child’s skin because: 1) kids naturally assume personal responsibility for everything that happens in their lives, and 2) the parents have real shortcomings that threaten the child’s ability to trust that they are okay.

If all three of these features are in place then you become primed to experience conscious and unconscious guilt whenever you take actions that would have been received as abandonment (e.g. John) or a burden (e.g. Jessica) when you were a child.

3 steps to overcome your unconscious guilt

1. Build awareness of how your guilt operates in your life

You may notice yourself unable to act in ways that you believe you are capable. Or maybe you notice that it’s really hard to “take your turn” in your relationships and you’re always making room for the other person.

If you do notice any of these signs of unconscious guilt, that’s a really important first step.

2. Educate yourself on unconscious guilt

The second step towards overcoming unconscious guilt can involve educating yourself more on the topic.

Everything discussed in this blog post stems from “Control-Mastery Theory.” One great book on this topic that is written for a wide audience is “Imaginary Crimes.”

3. Do what makes you feel guilty

The third step is to begin challenging the beliefs that hold your unconscious guilt in place.

For Jessica, this would mean continuing to express her feelings to her boyfriend and talking through all the self-blame and guilt that ensues.

For John, this would mean taking the risk to speak up in the business meetings and see whether his colleagues feel as outdone as his mother would have felt.

It’s not easy, but over time you can stop unconscious guilt from restricting your life.

Jay Reid is a Registered Professional Clinical Counselor Intern (#1189) at the Well Clinic who is trained in control-mastery theory. This client-centered theory works to empower you to understand where your guilt stems from and how you can give yourself permission to live your life.

If you are experiencing this kind of guilt, psychotherapy from a control-mastery perspective can be particularly helpful.