PTSD Symptoms to Watch Out For

Post-Traumatic Stress Disorder, PTSD, affects millions of people each year. Anyone who has experienced trauma can find themselves struggling with PTSD symptoms. Learning more about the symptoms can help you better understand what you or a loved one are going through. 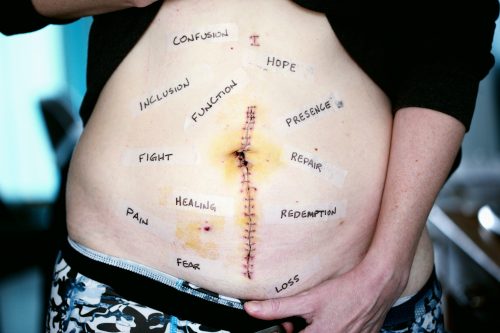 PTSD is a mental health condition. It can happen to anyone who has gone through a traumatic experience. Unfortunately, in our society, trauma is very common.

Trauma is the response to going through a very disturbing, overwhelming event.

It can be a one-time event such as a natural disaster or a violent assault. Alternatively, it can be an ongoing event, such as childhood abuse. Any event that is frightening, overwhelming, and inhibits the individual’s feelings of being able to cope is a trauma.

What Are the Most Common PTSD Symptoms?

There are three common PTSD symptoms:

Generally speaking, PTSD means that your body and mind are holding on to the trauma. Therefore, you keep experiencing it while doing all you can to avoid those feelings. Your body remains on high alert.

Those three core symptoms are the primary indicators of PTSD. However, here are some additional symptoms to look out for:

A PTSD attack can be triggered by anything that reminds the person of the feeling they had when they underwent the trauma. Certain smells or sounds often trigger PTSD symptoms. Going to a specific area or seeing certain people can also trigger an attack.

Sometimes, it isn’t obvious what has triggered a PTSD attack. You may simply have similar thoughts and feelings to those during the trauma. Those internal experiences trigger the attack.

PTSD manifests in a variety of ways. One of those is the PTSD attack, which looks similar to a panic attack. For example, someone who experienced the trauma of their house burning down might feel triggered by the smell of smoke. This can cause a panic attack, which includes:

Additionally, a PTSD attack may include flashbacks. It may literally feel like you’re back in the traumatic situation, to the point where you visually hallucinate things that aren’t there. Some people do know that they aren’t in the flashback but still feel physical sensations as if they are. 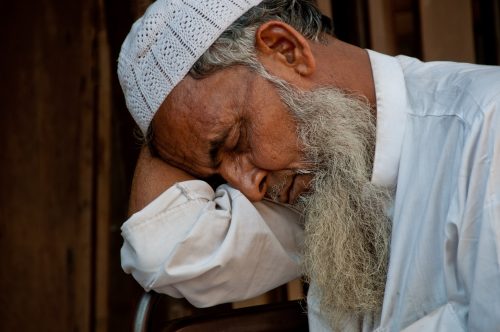 How to Address a Partner’s PTSD Symptoms

When someone has PTSD, they can be moody and distant. Obviously, this takes a toll on your relationship. Learning more about the issue and getting your own treatment can greatly help you in coping with those PTSD symptoms.

If your partner is open to it, then it’s perfectly fine to address their symptoms directly. The more open and honest you can be with each other, the better off your relationship will be. Be aware, however, that your partner might not want to discuss their trauma.

Some of the other things that you can do to help a partner with PTSD include:

If your partner has a PTSD attack, you can help by reminding them that they are no longer in that situation. If possible, move them away from the source of the trigger. Furthermore, encourage them to take deep breaths and practice any grounding techniques that they know. The panic will pass, so be patient and calm.

Talk therapy is one of the most common methods of counseling. However, it often doesn’t work well for people struggling with PTSD. Sometimes, talking about the trauma makes PTSD symptoms worse. Luckily, there are many different treatment options for PTSD. They include:

Some people with PTSD also use medication in conjunction with therapy to help them cope with their symptoms.

Find out more about our PTSD treatment offers.