Top Signs That Someone Is Faking Depression

For decades, if not centuries, people with depression were dismissed as not having a serious problem when, in fact, depression is serious indeed. So…

We want to be cautious when we talk about faking depression.

But if you’re wondering how to tell if someone is faking depression, then it’s probably because you have some concerns about someone in your life. Those concerns are certainly valid. 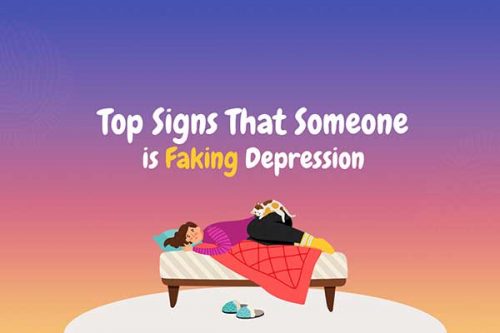 Is It Possible to Fake Depression?

Depression is a common condition that ranges in severity. Moreover, there are many different types of depression. Since so many people deal with it, and there is a wealth of information about the condition, it’s certainly possible to understand the illness well enough to fake it. 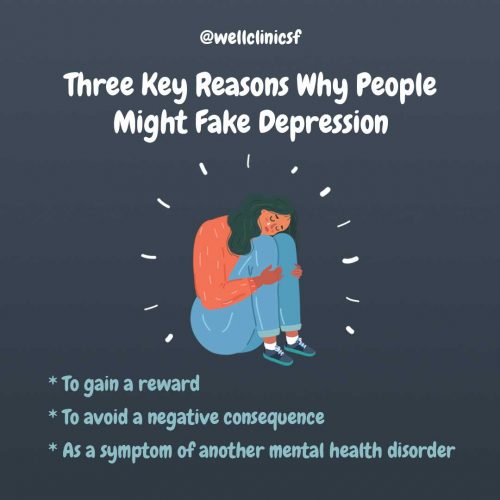 There are three key reasons why people might fake depression:

Sometimes people who fake depression do so because they have underlying needs that they aren’t sure how to get addressed any other way. They may be insecure or jealous, for example. This leads to attention-seeking in the form of depression. While it’s not the best way to get attention, it is still a cry for help of some kind.

The Main Symptoms of Depression

Therefore, if you’re wondering how to tell if someone is faking depression, it’s helpful to know the main symptoms of depression to look for. 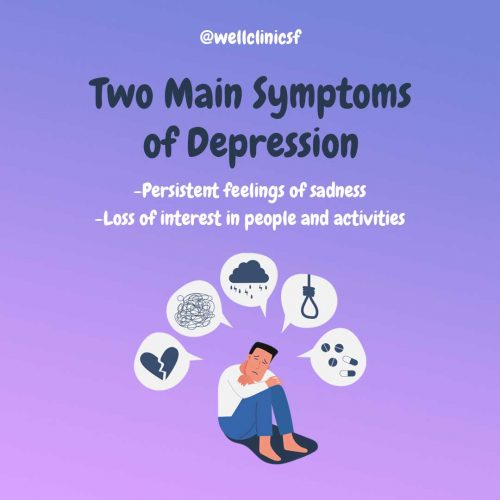 There are two main things to look for:

But there are a host of other symptoms as well:

When these things occur more often than not, and when they begin to interfere with daily function (relationships, work, school, etc.) then depression is likely.

If someone is only “depressed” about certain things but then gets easily happy again, it might be a sign of faking depression.

It’s important to recognize that hiding depression is a normal part of the condition.

People with depression don’t go around looking miserable at all hours of the day. In fact, people with high-functioning depression may rarely exhibit external depression symptoms.

Therefore, you shouldn’t assume that someone is faking depression just because they don’t “look depressed.”

Figuring out how to tell if a person is faking depression isn’t easy. But if someone creates a lot of drama, draws attention to their depression symptoms, and seems to get rewards from these actions, then they might be faking depression. 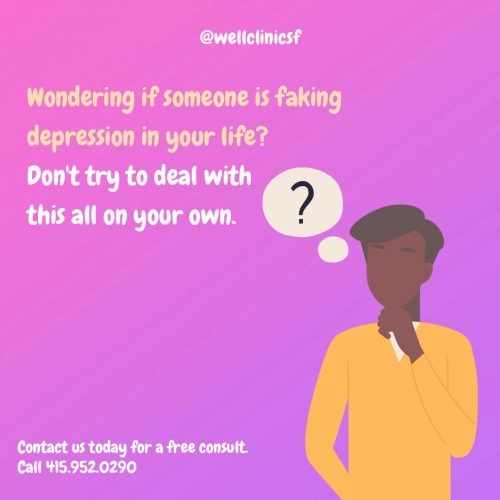 Should I Confront Someone About Faking Depression?

Therefore, you might want to think carefully about how to approach someone you believe is faking depression. You can certainly approach them, but do so with kindness and an open mind. Be willing to listen and hear what’s going on for them.

First, think of it this way: they probably have some kind of problem, right? The average person doesn’t lie about having a mental illness just to get a reward or avoid a consequence. They may or may not have depression – but it seems like they have something going on. So, approach them with empathy for whatever might be the underlying issue.

And remember, whether or not they have depression, it’s important that you set your own boundaries as needed. Practice self-care. It’s not your responsibility to solve this person’s issue – whether it’s clinical depression or not. Let a mental health professional do that work.

Depression is a serious illness. And if you’re wondering about how to tell if someone is faking depression, then you’re dealing with something that’s very challenging. Don’t try to deal with this all on your own.

Our therapists can help provide diagnosis and treatment for the person you’re concerned about. And they can also help you work through the challenges you face in the situation. Contact us today for a consultation.