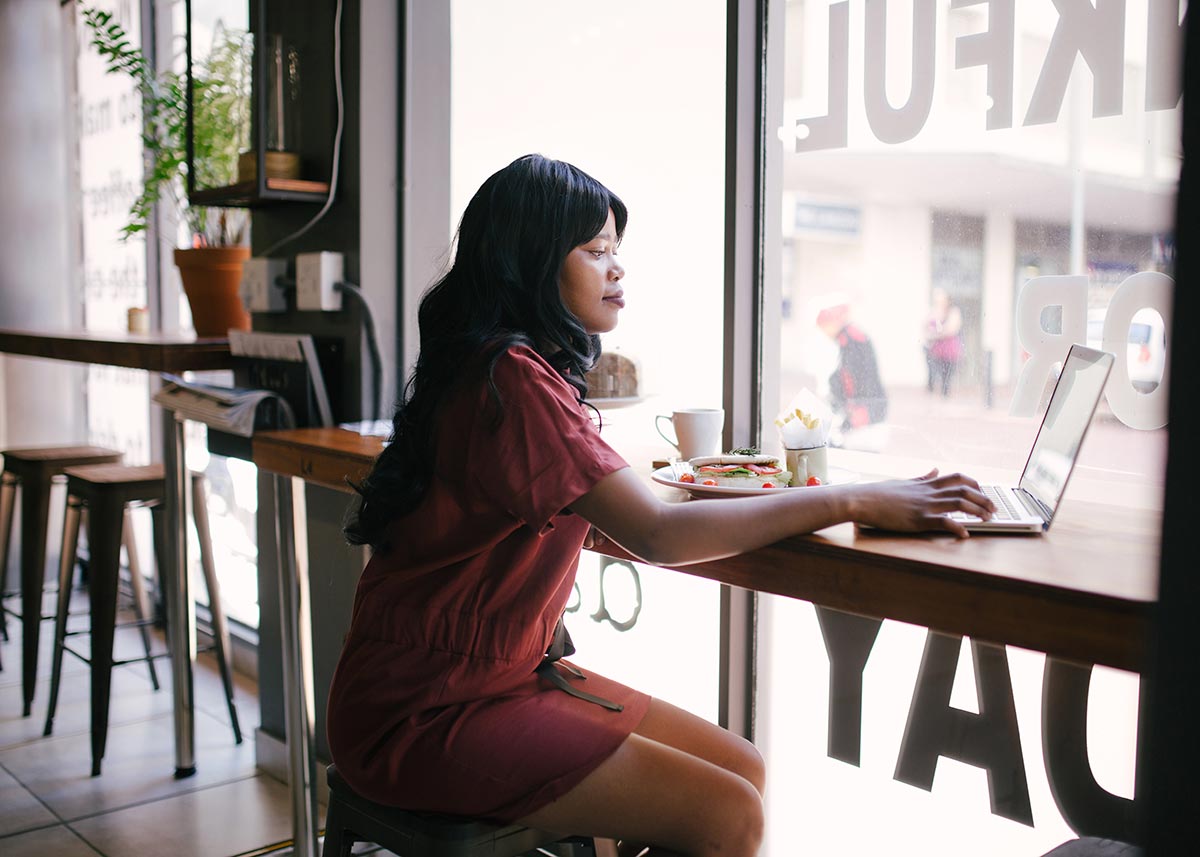 “But you don’t seem depressed …”

It’s common for someone, after revealing that they struggle with depression, to hear a reaction akin to, “I had no idea you were depressed!” Oftentimes, it’s because the person has high functioning depression.

Just because you are typically able to get out of bed and present as “normal” to the world around you doesn’t mean that you’re not suffering.

People with high functioning depression suffer greatly. They live for years with depression symptoms. Knowing the signs and symptoms can help you figure out what to do if you or a loved one are coping with this challenging mental health issue.

What is High Functioning Depression?

Make no mistake, HFD is just as hard to cope with as any other forms of depression.

In fact, it has its own unique challenges. People with an acute episode of major depression have a baseline of “normal” or “good” feelings that erodes away when they’re in depression. In contrast, people with high functioning depression typically feel depressed most of the time for years on end. They may not even remember what it felt like to feel good. 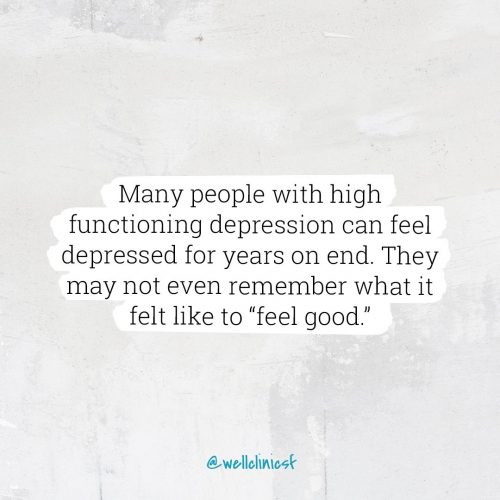 People often have a mental picture in their heads about what depression looks like. They think it looks like a total inability to function. They picture the worst moments that people with acute depression do sometimes deal with.

Many people, asked to imagine a depressed person, picture clouds of sadness, constant tears, staying in bed for days on end, bingeing on comfort food, lack of attention to hygiene, and suicidal thoughts.

While those things can certainly be present in depression, they aren’t present for everyone and not all of the time. People with functioning depression may hold down a steady, successful job, always look well put-together in public, and “not seem sad.” Because they don’t fit that image of “the depressed person” their condition may get overlooked. 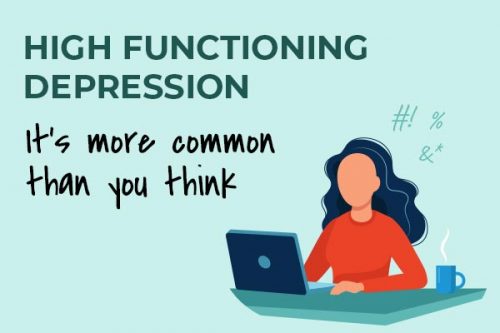 The degree of the impact may be subtle enough that someone on the outside doesn’t see it. But the individual feels the impact. “Functioning “simply isn’t the same as fully functioning. People who know that they struggle with HFD often feel like they have to “prove” their illness to others because they don’t fit that mental picture of the depressed person. 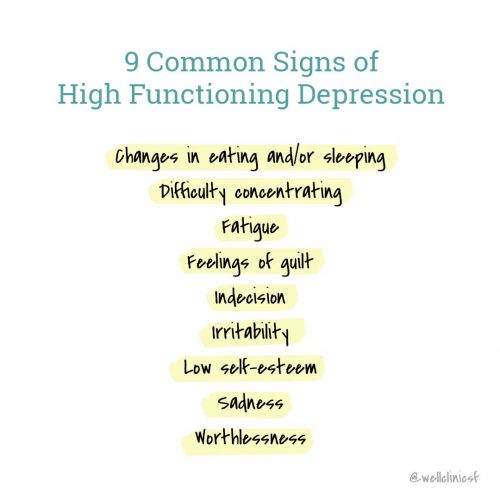 Recognizing the Signs and Symptoms of High Functioning Depression

Generally, the symptoms of with functioning depression match those in other forms of depression. For one thing, they have a loss of interest in daily activities, which is one of the primary criteria for a depression diagnosis.

Other depression symptoms present in HFD include:

People with high functioning depression often try to “self-medicate” their depression. Therefore, you also want to look for signs of using substance abuse, alcohol misuse, or excessive gaming to cope as well as signs of workaholism and perfectionism.

High functioning depression can feel like a misnomer when you’re living it. Sure, you’re functioning fine in the world, more or less. But you don’t feel engaged with the world or excited by it. You’re barely coping.

Trying to get through your daily tasks feels draining. You might avoid making plans with people because you’re simply too exhausted all of the time. And on the inside, you’re beating yourself up. 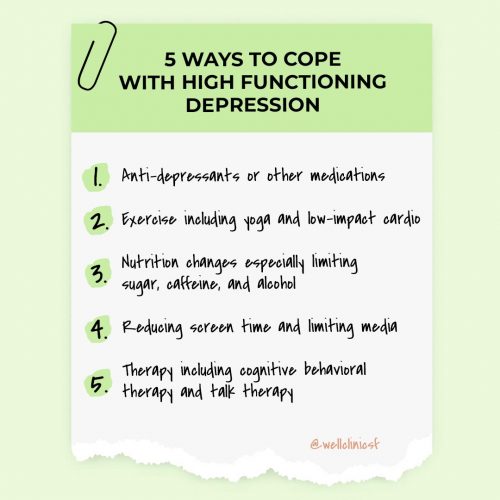 The good news is that there are treatment solutions.

Just like with other forms of depression, you can benefit from any or all of the following things, in a dose and combination that you work out with a doctor or therapist:

Oftentimes people with high functioning depression feel like they’re getting by “well enough” and therefore that they “don’t need” therapy. However, therapy can help in every stage of life. Moreover, HFD is a serious condition, and treating it can vastly improve your quality of life.

Contact us today to find out about how a mental health professional can help you understand and work through your high functioning depression.